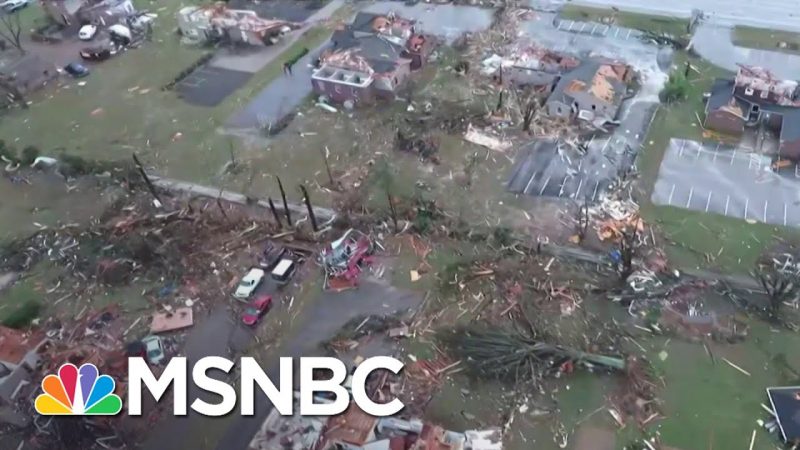 “At least 22 people are dead after a tornado ripped through Nashville and central Tennessee on Monday night. “We have had loss of life all across the state,” said Gov. Bill Lee, who declared a state of emergency. The deaths occurred in at least four counties — Davidson, Putnam, Benton and Wilson. In Nashville, around 45 buildings collapsed from the tornado.” Aired on 03/03/20.
» Subscribe to MSNBC: http://on.msnbc.com/SubscribeTomsnbc