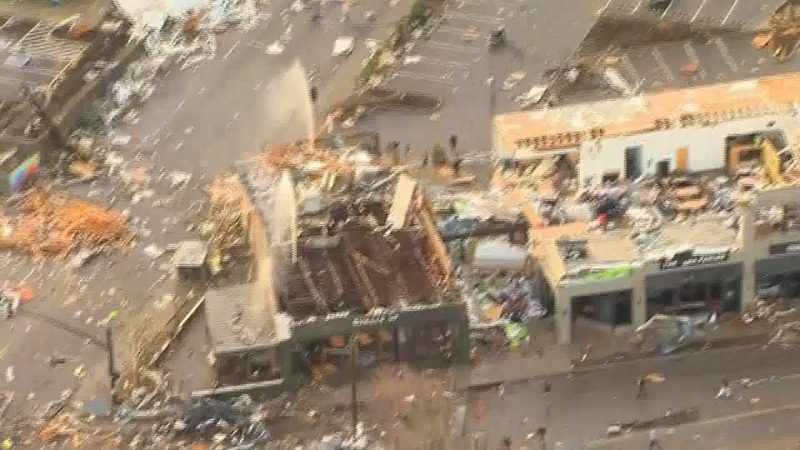 Two tornadoes touched down in Tennessee, including one that caused severe damage near downtown Nashville and caused about 40 buildings to collapse around the city.
The tornado that hit Nashville reportedly stayed on the ground into Hermitage, about 10 miles east of the city. A video posted online appeared to show a well-defined tornado in eastern Nashville.
The National Weather Service issued two tornado warnings for Putnam County, east of Nashville. The tornadoes were confirmed on radar.