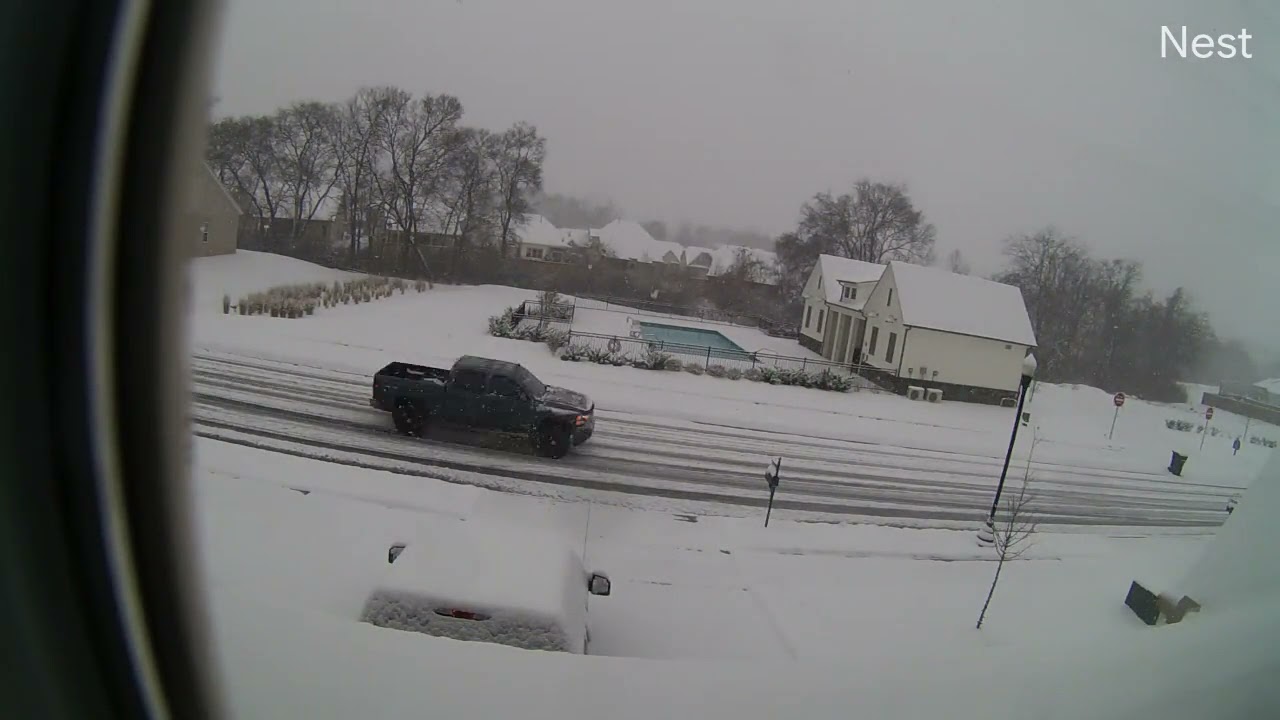 Snow fall in 2 hours in Gallatin