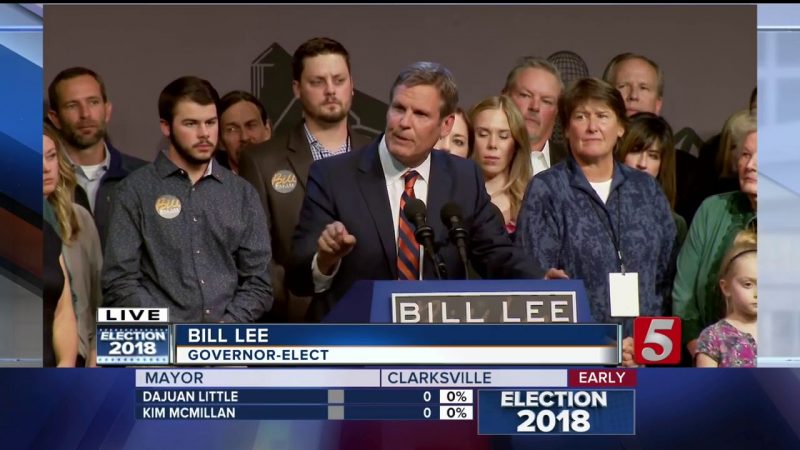 Bill Lee gave his victory speech after beating former Nashville mayor Karl Dean in the race to be the next Tennessee Governor.