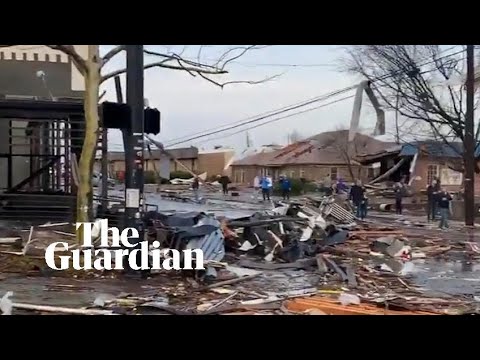 Footage recorded by a resident in Nashville after two tornadoes ripped through central Tennessee shows shredded buildings, damaged power lines and debris littered across roads. At least 19 people have been killed and hundreds are homeless in the wake of the tornadoes