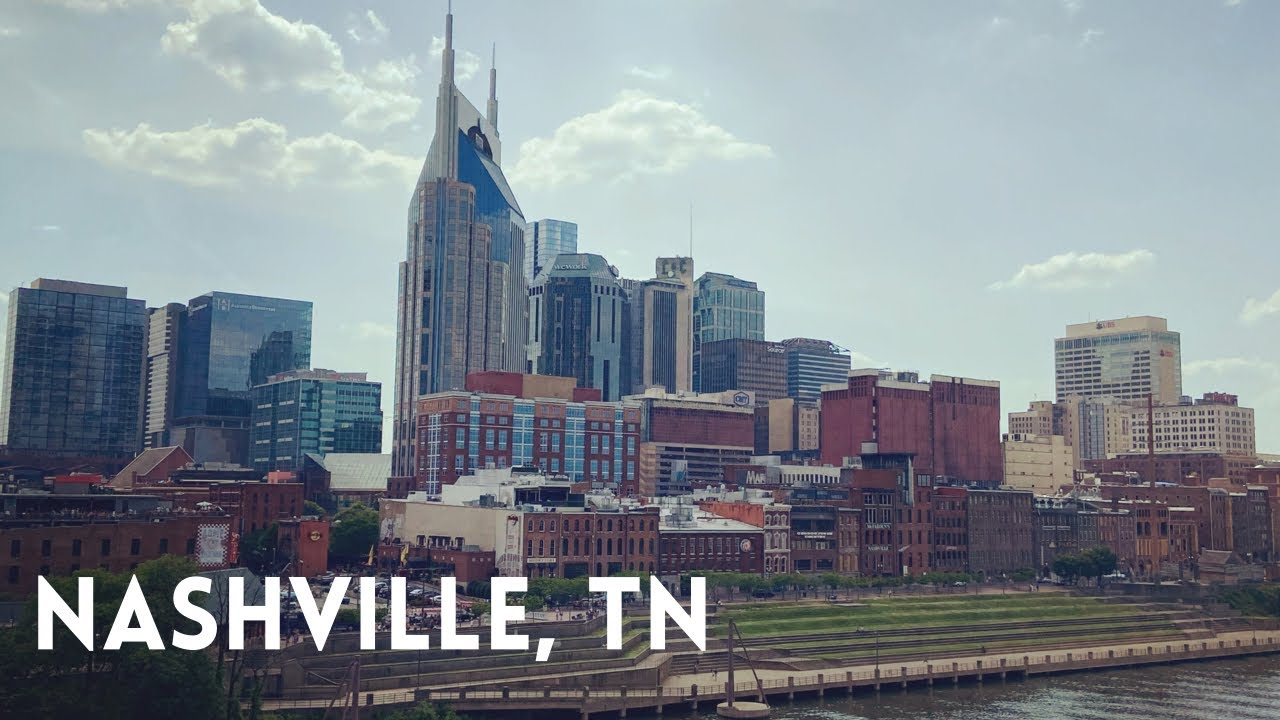 Driving through downtown Nashville, Tennessee and the historic Broadway street.