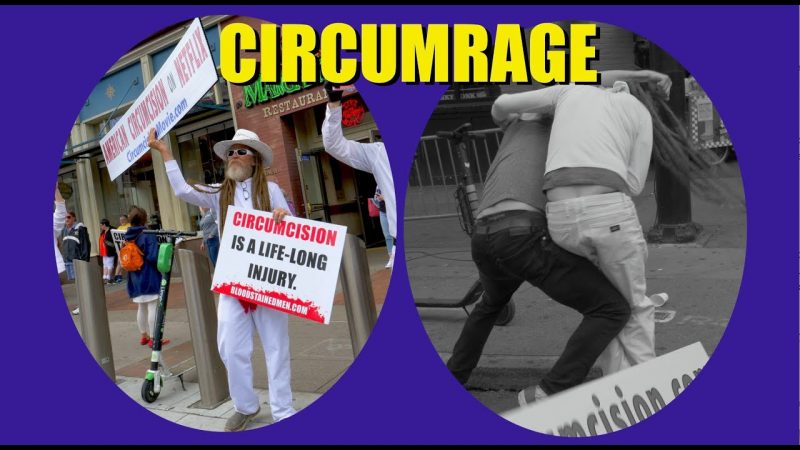 When a man grabbed David Wilson’s sign he didn’t let him get away with it.
Bloodstained Men were protesting in Nashville, Tennessee at the ACOG19 Convention and the group split to go down to ‘the belly of the drunken beast’ at Broadway and 4th street.

Bloodstained Men & Their Friends is dedicated to giving victims of genital cutting a voice and educating Americans about the harms of infant circumcision and the importance of the foreskin.