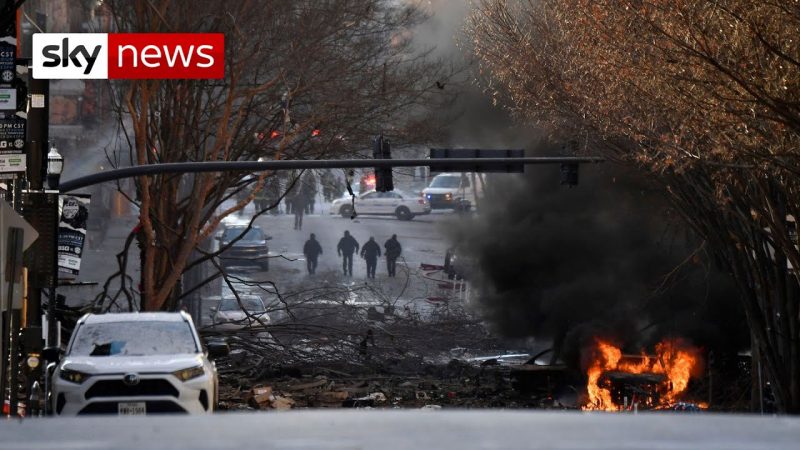 A camper van blew up in the US city of Nashville, Tennessee, in what police say was a deliberate act.

Officers arrived at the scene shortly after 6.00am (midnight GMT) on Christmas Day after reports of gunshots.

Within thirty minutes, the parked vehicle exploded, injuring three people who were taken to hospital.