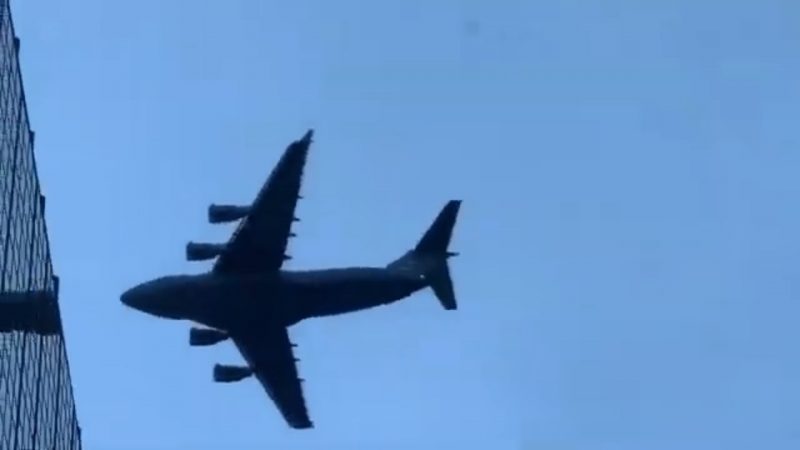 A low-flying military plane zoomed between buildings in downtown Nashville, Tennessee, for roughly half an hour on Friday, panicking residents who said they had no warning of the flyover, and feared it might strike a building.

Residents took to social media Friday afternoon, sharing photos and videos of the sight. The large, dark gray plane could be seen circling the city’s skyline, flying just over the tops of buildings and past office windows.

But local news outlets reported that the flyover was just part of a training exercise ahead of Governor-elect Bill Lee’s inauguration on Saturday.

Nashville residents complained on Twitter that the plane was flying too low over the city, and appeared to just barely miss certain buildings and landmarks.