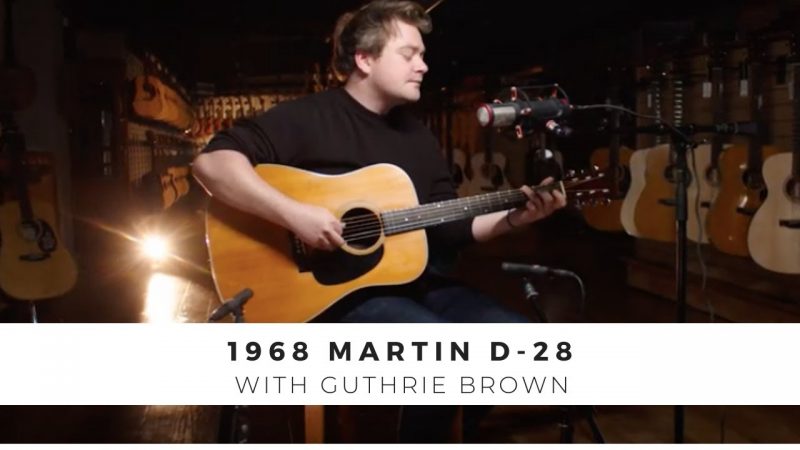 This particular 1968 Martin D-28 has been sold. You can shop our collection of vintage and new Martin D-28 models here: https://bit.ly/3eKXCIL
For more information, visit our website or contact Gruhn Guitars at 615-338-8898.

About the musician:
Originally hailing from Montana, Guthrie is a Nashville transplant. Along with his band, he has opened for the likes of Jonny Lang, Willie Nelson, Robert Randolf, and Bears Den. Check out Guthrie Brown at http://www.guthriebrownmusic.com/ and on Spotify.

Gruhn Guitars, Nashville’s premier vintage guitar store, was established on January 2, 1970, and is celebrating fifty years in business. While the business has come a long way since 1970, the basic foundation of our business principles remains unchanged. Gruhn Guitars continues to operate on knowledge, integrity, and service.

Offering a wide selection of new, used, and vintage guitars, basses, mandolins, the collection at Gruhn Guitars is one of the finest in the world. Visit us online at https://guitars.com
INSTAGRAM
This 1968 Martin D-28 has a crisp, classic sound. The timeless Dreadnought style guitar rings clearly as Nashville musician @guthriebrown plays his original song, “Day to Day.”