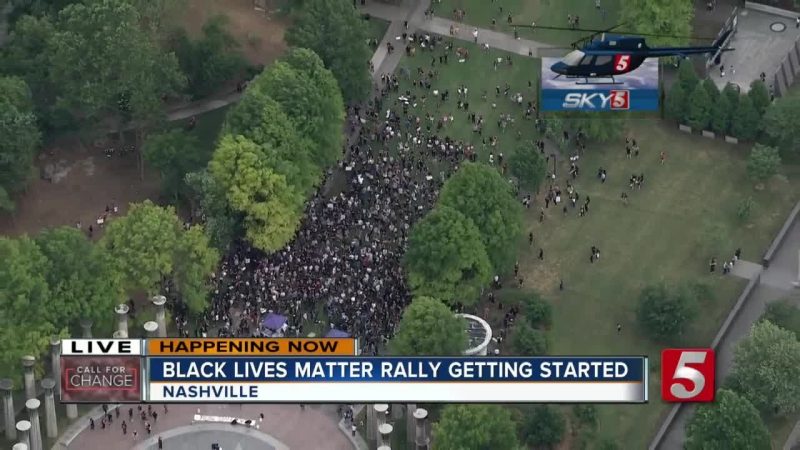 Thousands gathered at Bicentennial Mall in downtown Nashville for a Black Lives Matter rally and march.