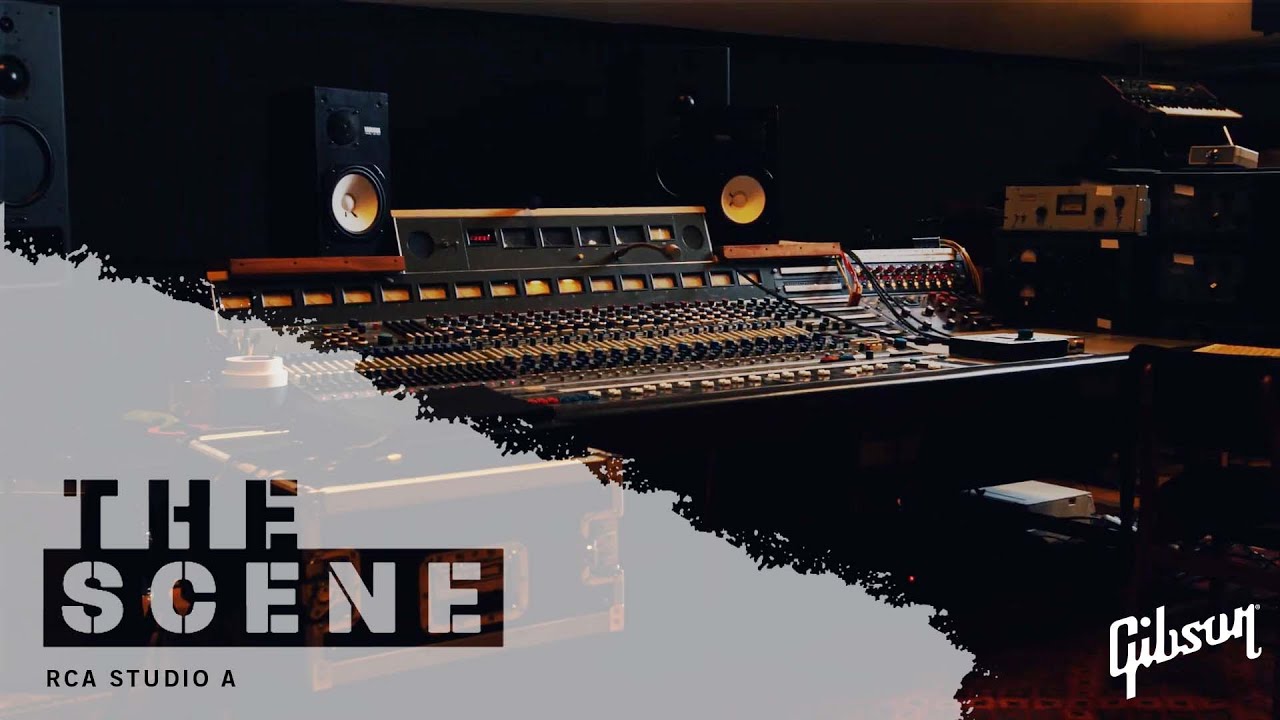 In this episode of The Scene, Gibson TV host Mark Agnesi heads to Music Row in Nashville, Tennessee, to visit RCA Studio A, a studio founded by country music icon Chet Atkins and a hallowed destination on the National Register of Historic Places.

Founded in 1964 by Chet Atkins, RCA Studio A has played a huge part in the evolution and popularity of the Nashville sound and the entire country music genre. Join Mark as he chats with GRAMMY Award-winning producer Dave Cobb about the studio’s design, layout, and connection to so many great artists. As Dave tells it, the studio was conceived as a more communal recording space where players and musicians can occupy the same room and play face to face, lending a more relaxed and rehearsal-like vibe to sessions. Well, that, and the nicely appointed and fully stocked bar doesn’t hurt either. So much music history has taken place in Studio A that it’s not hard to imagine putting your ear to the walls and hearing the distant echoes of sessions past by the likes of Elvis, The Beach Boys, or Dolly Parton. And today, the tradition continues as artists continue to flock here to tap into the mojo of Studio A.

Of course, no visit to a recording studio by Mark Agnesi would be complete without a discussion about guitars, and Dave is more than happy to oblige as he shows off some of his personal faves like his beloved ES-330s and SGs.

For more information about the legacy of RCA Studio A, visit Dave Cobb’s website www.davecobbproducer.com/rcastudioa.

The Scene is a Gibson TV Original Series hosted by Mark Agnesi, who traverses the country to discover and recognize the music landmarks that help shape the music scenes of cities across America.

More info on The Scene Nashville: RCA Studio A