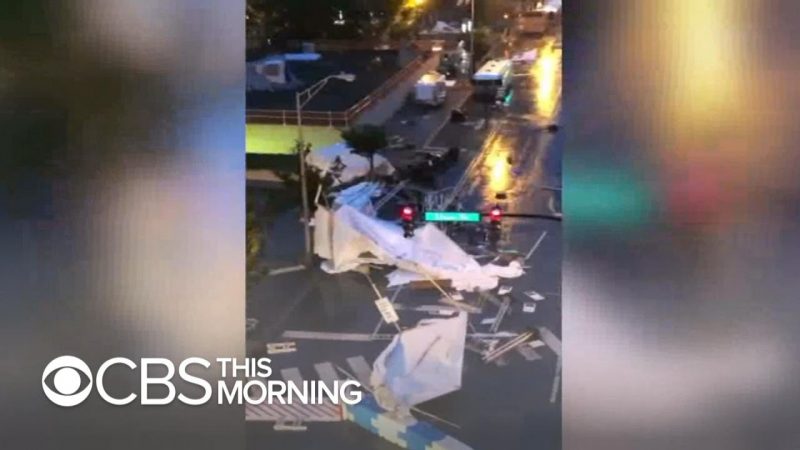 About 40,000 people are waking up without power in Nashville this morning after severe storms swept through the area. Several tornado warnings were issued as winds up to 80 mph uprooted trees, ripped roofs off homes, and tore down power lines. The storm also sent several tents set up for this weekend’s Nashville Pride Festival flying into the air and landing on cars. Meteorologist Jeff Berardelli joins “CBS This Morning Saturday.”