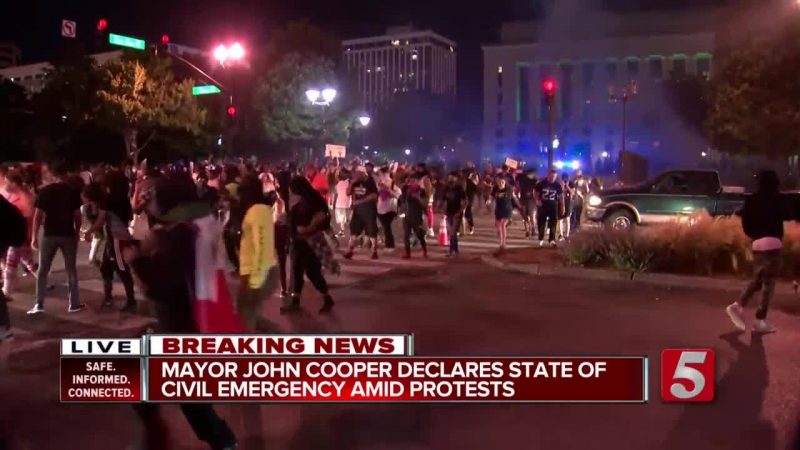 MNPD officers use tear gas to clear the area of the Metro Courthouse.