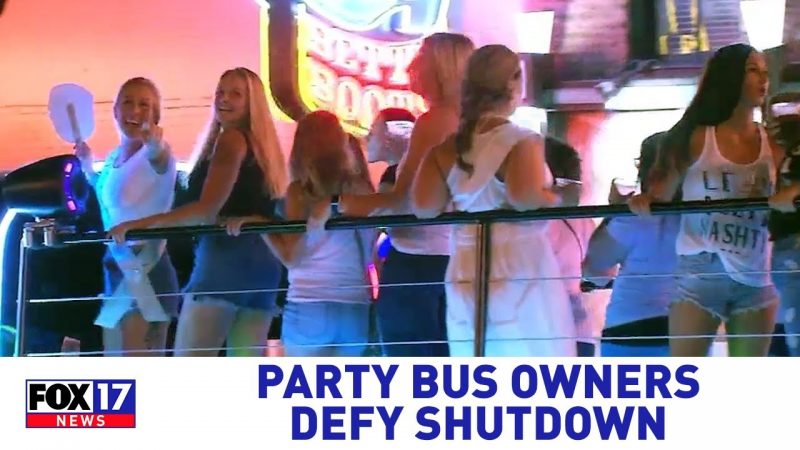 Party bus owners are not happy about the city’s order forcing them to close.

Parris McKinney owns Extreme Party Bus Nashville. He feels like businesses on Broadway are being targeted.

“It hurts,” McKinney said. He started his business right before the pandemic hit. “It’s just not right.”

Party buses that allow consumption of alcohol are not allowed to operate until August 1.

Several buses were operating on Broadway Saturday night. It’s unclear if they were serving alcohol.

Plus, Lower Metro Schools enrollment sparks funding concerns during coronavirus pandemic, and Since the pandemic hit, employment among seniors has dropped more than any other workers