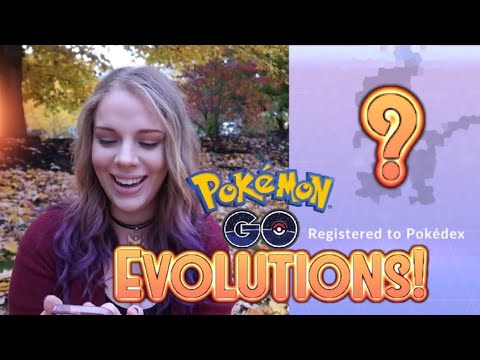 Hey Gengar Gang! Today I got some new Gen 4 evolutions in Pokemon Go! I also hunted for a last minute shiny Pinsir in Pokemon Go before the shiny rates are decreased!

***HUGE ANNOUNCEMENT!**
On Cyndaquil Community Day Saturday, November 10 @ 1pm Central, I will be traveling to Bicentennial park in Nashville, TN for a Pokemon Go youtuber meetup! I will be meeting subscribers and fellow Pokemon Go trainers! Lots of awesome Pokemon Go youtubers will be there, like Trainer Tips, Mystic7, PkmnMasterHolly, JTGily, Prodegies Nation, and DX1!

I hope to see some of you in Nashville!***

THANK YOU SO MUCH FOR WATCHING! Don’t forget to SMASH THAT LIKE BUTTON and SUBSCRIBE to the channel if you enjoyed today’s video!

Want to support the channel? You can do so on Patreon! All support goes a long way and you will also unlock some cool rewards!
https://patreon.com/pokegirl7

THANKS AGAIN! See you next time!