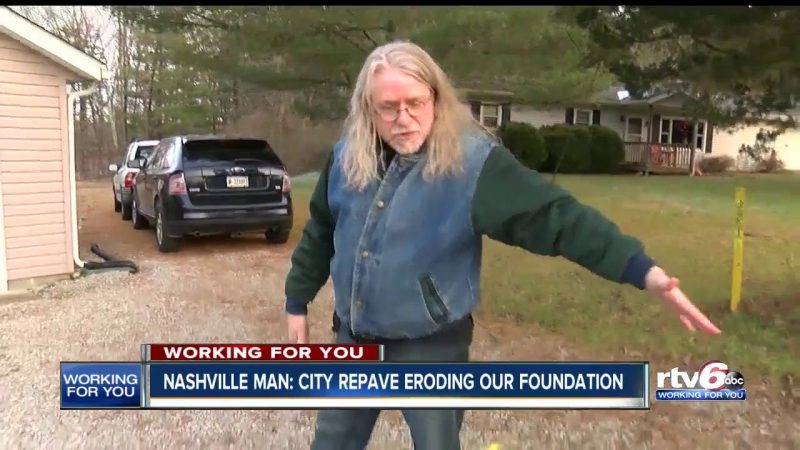 A Nashville man says the city’s repaving job has caused flooding in his yard that’s now eroding his home.