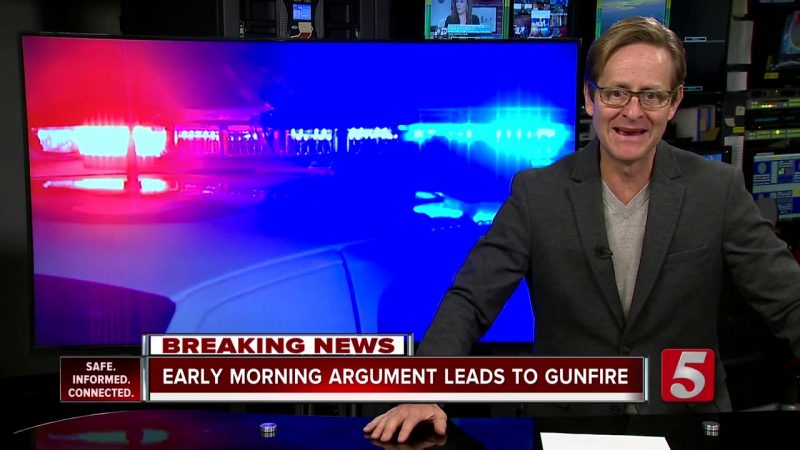 Police say no one was hurt after more than a dozen shots were fired outside an apartment complex in Nashville.