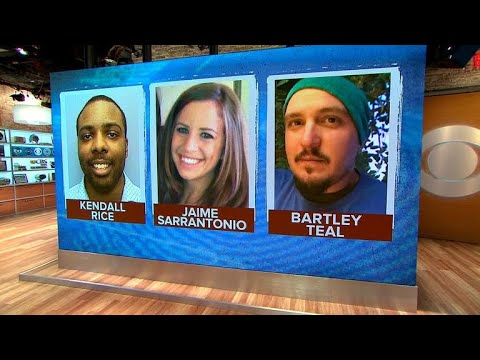 A manhunt in Tennessee is targeting two suspects who could be linked to a string of brazen murders and shootings in Nashville. Three people have been killed during apparent robberies in the last 12 days. David Begnaud reports.

Delivered by Norah O’Donnell and Gayle King, “CBS This Morning” offers a thoughtful, substantive and insightful source of news and information to a daily audience of 3 million viewers. The Emmy Award-winning broadcast presents a mix of daily news, coverage of developing stories of national and global significance, and interviews with leading figures in politics, business and entertainment. Check local listings for “CBS This Morning” broadcast times.