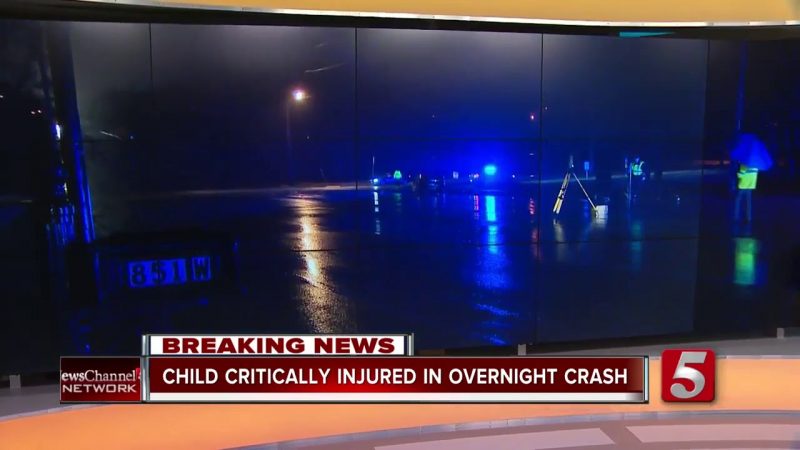 A child suffered life-threatening injuries when a car crashed into a utility pole in Nashville.