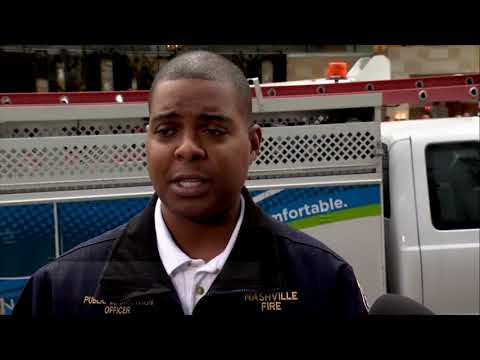 (8 Nov 2018) Officials say a carbon monoxide leak at a Nashville, Tennessee hotel sickened 14 people on Wednesday. The Nashville Fire Department tweeted that six of the people were brought to a hospital. (Nov. 8)

You can license this story through AP Archive: http://www.aparchive.com/metadata/youtube/a554c7fdd8405f62b58aeb316aa0ae65