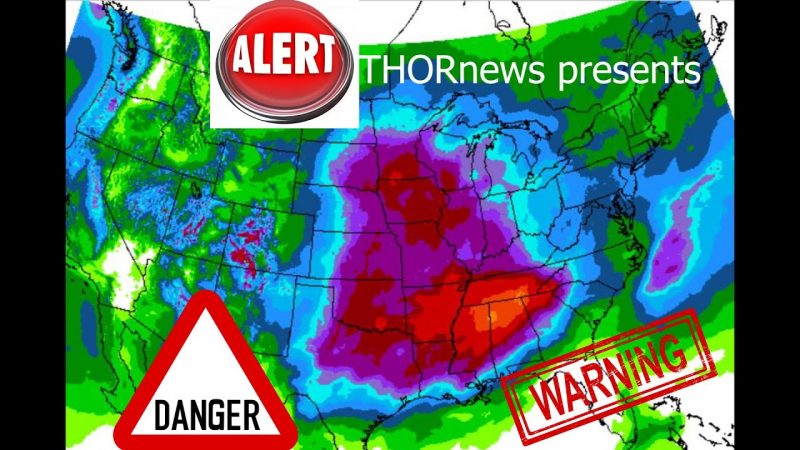 We’ve got 2 storms over the next 7 days that will cross from West to East & drop a lot of rain & cause more river flooding problems and have Tornado possibilities. Don’t be scared. Be Prepared. Stay Aware.
God bless everyone,
T
https://www.paypal.me/THORnews

a look at the Sun
https://sdo.gsfc.nasa.gov/data/

Yet another threat of severe weather is on the table for Saturday.
The mid-Mississippi Valley, lower Ohio Valley to the Deep South are in the threat area.
Damaging winds and some tornadoes are possible.
This weekend severe threat includes some areas hit by tornadoes on March 3.
Over 30 tornadoes have been confirmed from the March 3 outbreak.
Severe thunderstorms, including some tornadoes, are expected for a second weekend in a row in parts of the South following last Sunday’s deadly tornado outbreak.

The National Weather Service confirmed at least 34 tornadoes tore across parts of Alabama, the Florida panhandle, Georgia and South Carolina last Sunday, including the nation’s first EF4 tornado since 2017 and deadliest single tornado since 2013.

This weekend, a strong low pressure system will develop in the nation’s mid-section, drawing warmer, more humid air north from the Gulf of Mexico.

Helping to develop that strong low, a powerful jet stream will punch into the Mississippi Valley, providing the deep wind shear, the change in wind speed and direction with height, needed to support severe thunderstorms.

There remains some uncertainty as to how numerous severe thunderstorms will be and the magnitude of the tornado threat, typical for a forecast a few days out from the event.

Here’s what we know right now.

At least a few thunderstorms may be severe already Saturday morning from parts of Missouri through the Ozarks to eastern Texas.

The best chance for severe thunderstorms Saturday will stretch from the Lower Mississippi Valley into the Tennessee Valley, including parts of Arkansas, Louisiana, Mississippi, west and middle Tennessee, into western and northern Alabama.

Damaging winds and some tornadoes are possible in these areas, though the tornado threat remains typically uncertain this far out in time.

The coverage of severe weather farther north in the mid-Mississippi and lower Ohio Valleys is more uncertain, dependent on whether too much rain and cloud cover during the day limits the atmosphere’s ability to generate thunderstorms.

Adding to the forecast challenge in this area, sometimes in these scenarios relatively small so-called low-topped supercells can form which can spawn tornadoes. One such case recently happened in Illinois on December 1.

While the main jet-stream disturbance responsible for Saturday’s severe weather retreats well to the north, scattered thunderstorms may persist Sunday in the warm and humid air near a stalling frontal boundary in the Deep South, including many areas ravaged by last Sunday’s tornadoes.

Some of these storms may be severe. In addition, given the stalling front and wind flow generally along the front, some locally heavy rain and flash flooding is possible in parts of Georgia, Alabama, Mississippi and Louisiana.

Rain and higher-elevation snow will develop from parts of the West Coast into the Great Basin and Rockies through Friday.

By Friday night, the area of precipitation will slide eastward, extending from the Rockies into the Plains. Snow is expected in the Rockies and much of the northern Plains, while a mix of rain, snow, sleet and freezing rain will develop from Nebraska and northern Kansas to much of Iowa.
Saturday

More snow is anticipated for parts of the northern Plains and upper Midwest, areas that have seen more than their share of snow, recently. Heavy, wet snow is possible from the Dakotas to central Wisconsin with snowfall rates up to 2 inches per hour at times.

However, some areas that have recently seen snowfall will see rain with this system. Some locations from Nebraska to Iowa and southern Wisconsin may start off as a mix of snow, rain, sleet and freezing rain before turning over to snow.

In addition, winds will increase as the area of low pressure strengthens, with gusts up to 45 mph possible. This could result in reduced visibility, drifting snow and blizzard conditions in some locations, particularly in the northern Plains.

Snow, sleet and ice will begin to spread into the Northeast Saturday night, with rain in the mid-Atlantic states.
sunday
The low-pressure system will push into the Great Lakes and southeastern Canada Sunday into Monday.