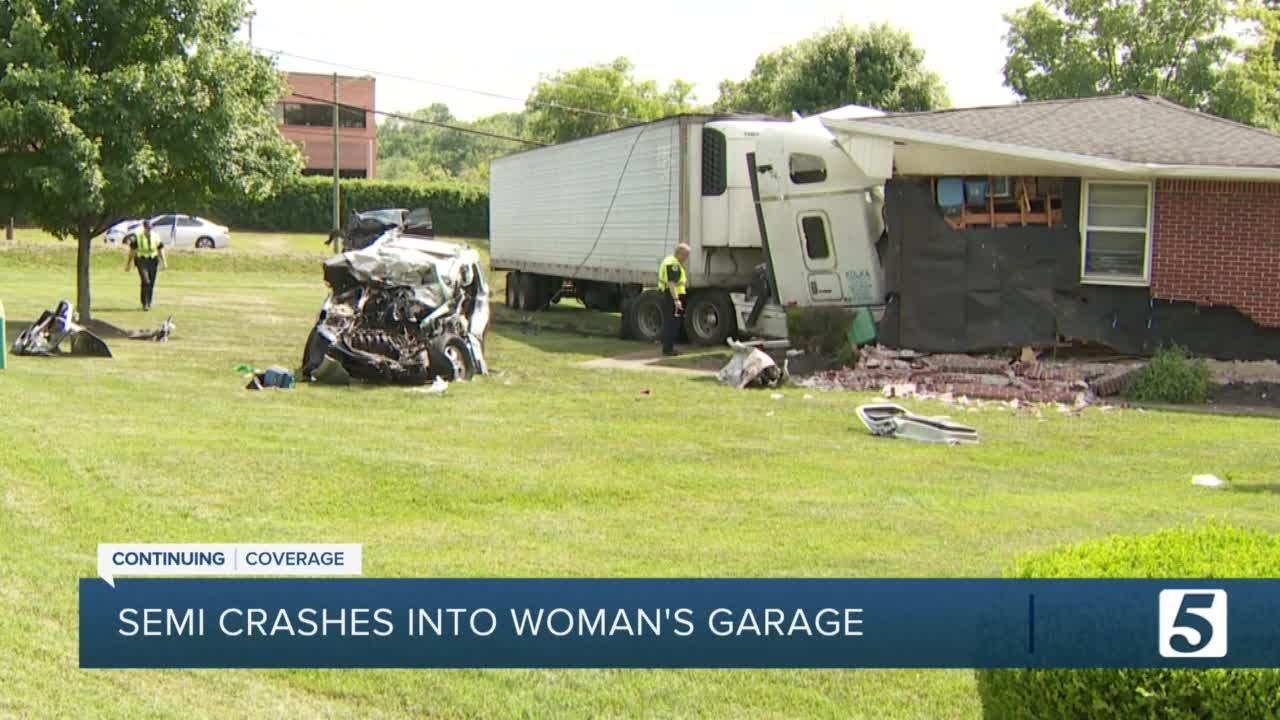 Three people have been taken to the hospital following a crash on Elm Hill Pike that caused a semi to slam into a home on Thursday afternoon. Two of the people are in critical condition, according to Metro police.