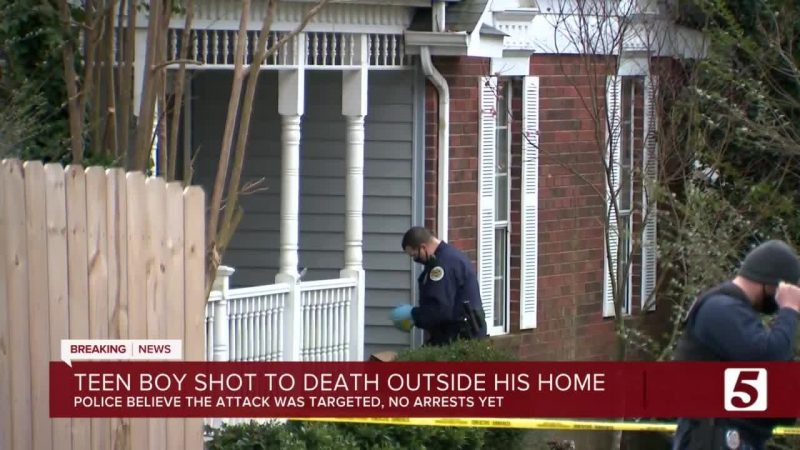 A 15-year-old was shot and killed on the front porch of his home on Pointer Court in South Nashville near Antioch.