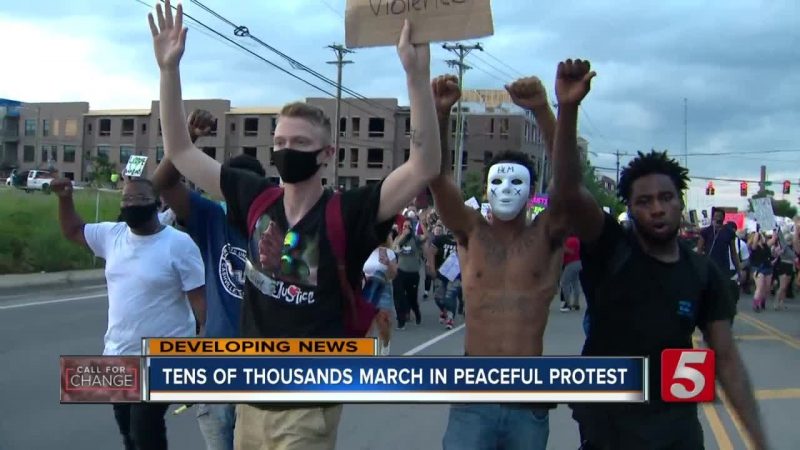 An estimated 10,000 marched through downtown Nashville in a peaceful Black Lives Matter protest.