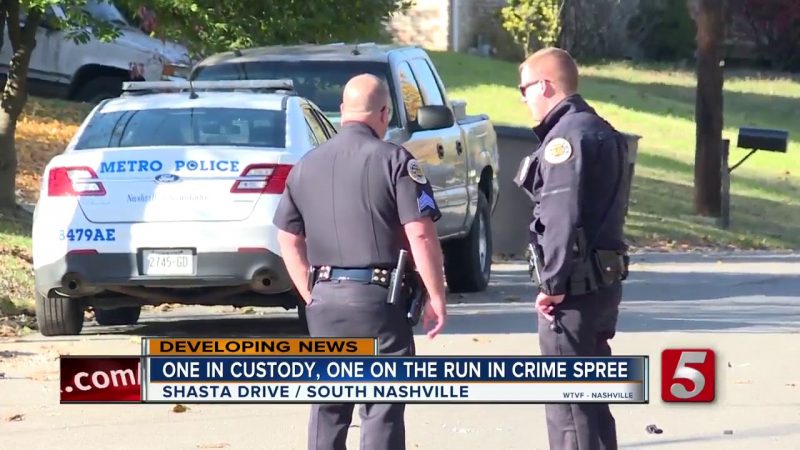 A woman was taken into custody and a man remains at large after an overnight crime spree in south Nashville.

More info on 1 in custody, another sought in Nashville crime spree