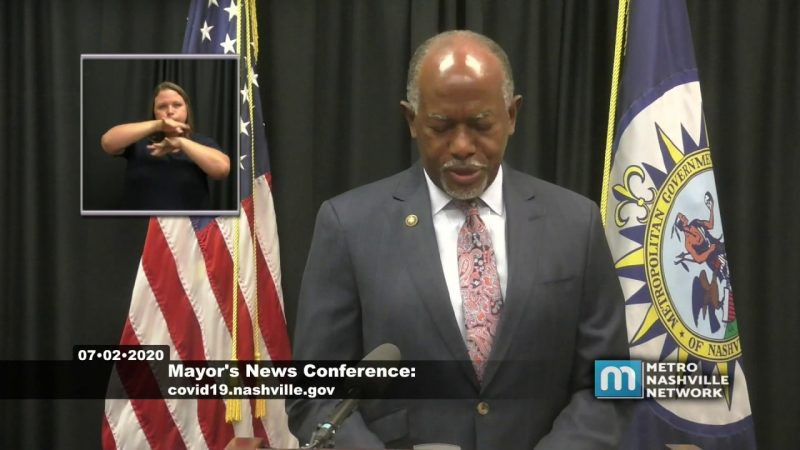 Coverage of the Mayor John Cooper News Conference from July 2, 2020