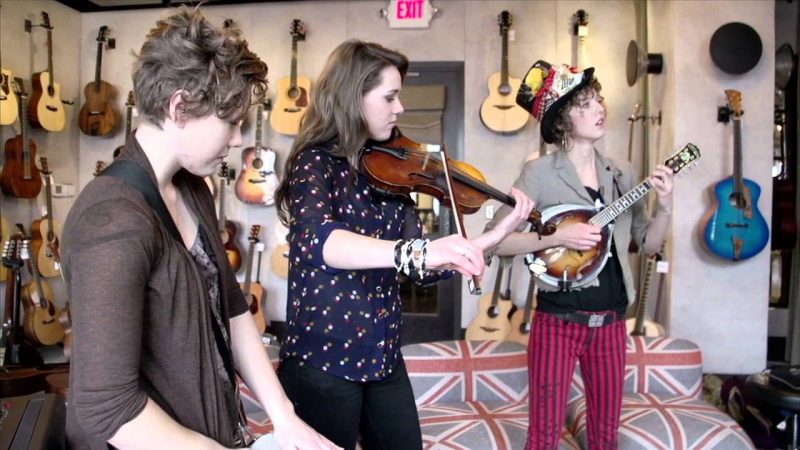 In this video SHEL performs live for the Weber media team in Nashville, TN.

SHEL is Sarah, Hannah, Eva and Liza, four classically trained musicians who happen to be sisters. From the artist colony of Fort Collins, Colorado, SHEL is sophisticated and youthful, emotional and lighthearted, classic and eccentric. SHEL’s engaging live show is marked with a prodigy’s creativity and a veteran’s instinct for entertaining. Audiences delight with their unique songwriting style and fresh, new sound.

The Holbrook sisters grew up in a musical household and first appeared on the stage backing their singer-songwriter father, Andrew Holbrook. In 2005, the girls collaborated to form SHEL and now play and write all of their own music. Their new EP, ” When the Dragon Came Down,” was co-produced by SHEL and six-time Grammy award-winner, Brent Maher. The band has attracted the attention of such major media outlets as NPR’s “eTown Live,” and ABC.com; toured nationwide playing fairs and festivals including South by Southwest, International Folk Alliance, Lilith Fair, Four Corners Folk Festival and Cornerstone; and had one of their songs featured in Glade’s Scented Oil Candles national TV ad campaign.