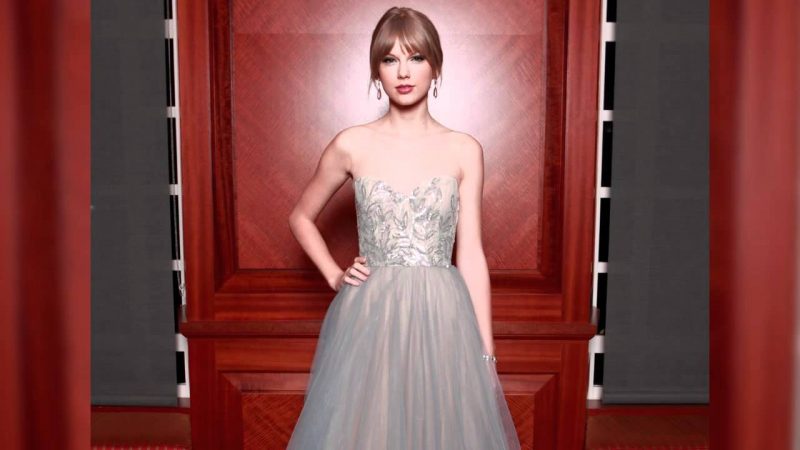 Hello hello and you’re back at the ClevverTV studio in Hollywood. I’m Dana Ward with a fashion update all about Taylor Swift. This girl is definitely a top fashionista right right now, and she definitely played the part of a style star with her latest walk down the red carpet. The musician was actually on hand at the annual Nashville Symphony Ball to accept an award, and we think she’s looking oh-so-Taylor. Staying true to her classic go-to award style, the celebrity is wearing a princess gown in a neutral color palate. There are layers of sheer fabric — it’s quite angelic — in shades of blue grey and nude. The sweet heart neckline is very feminine, as are her delicate accessories from her bracelet to her earrings and we’re totally digging her pulled back hairdo, especially with those bangs. Keep in mind that TS deserves a round of applause not just for her style, but also for her musical achievement. This Harmony Award that she picked up recognizes her for successfully finding the unique harmony between the various musical worlds in Nashville as well as her contribution, in awareness and appreciation, to its musical culture. So congrats again to Taylor Swift on her latest accomplishment. From everyone at ClevverTV, thanks so much for tuning in. I’m Dana Ward and we’ll see ya next time.