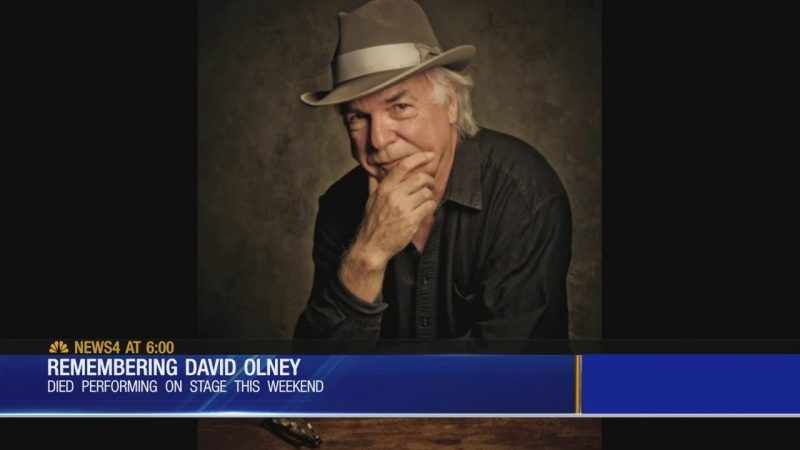 Nashville music legend David Olney died this weekend on stage performing the songs he wrote. He was 71.