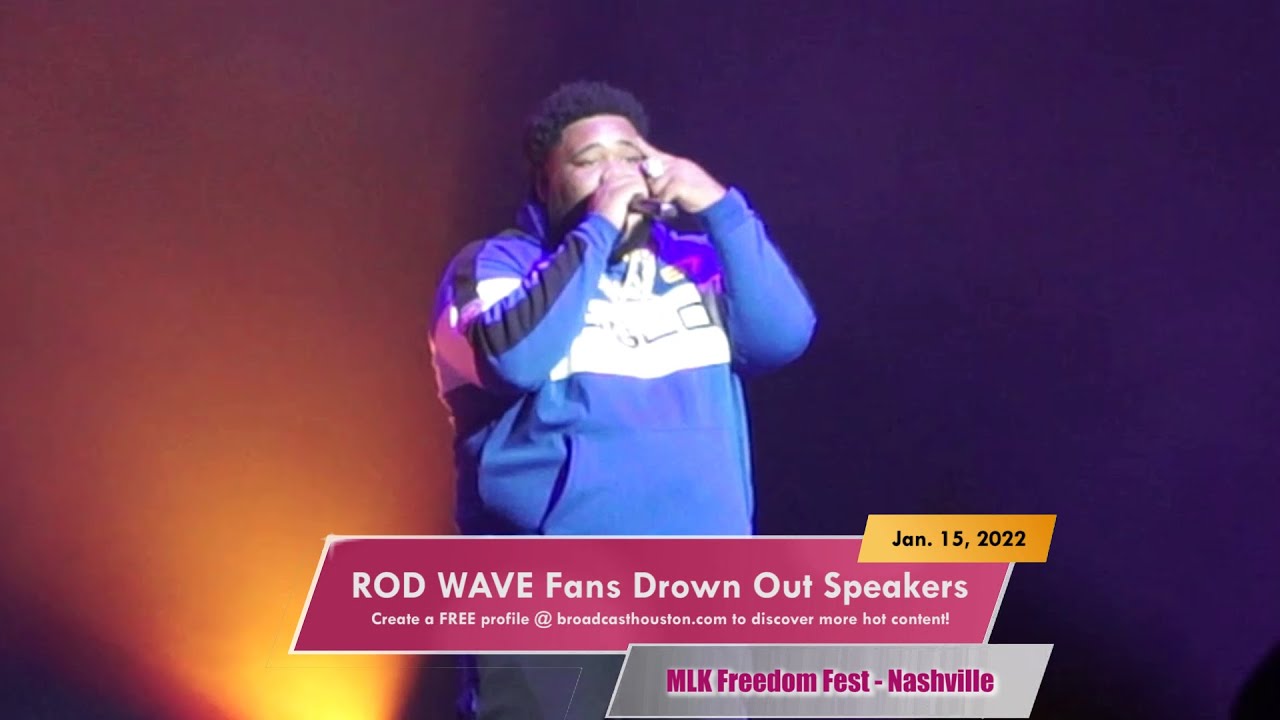 ROD WAVE first show ever in Nashville, TN might be his greatest musical achievement of all time to date. He is utterly shocked the entire Sold Out Arena knows the word to every song; sometimes hitting the notes perfectly like they were a paid choir. He keeps letting the crowd know that it’s the biggest crowd he’s ever performed in front of & how much he appreciated his fans for changing his life. You can tell he’s in disbelief, but still puts on an amazing show while he’s trying to take it all in. After this, the major music festivals & promoters will no longer be able to doubt his value. Watch Rod Wave’s biggest show of his career!

Email [email protected] to be featured on our channel.