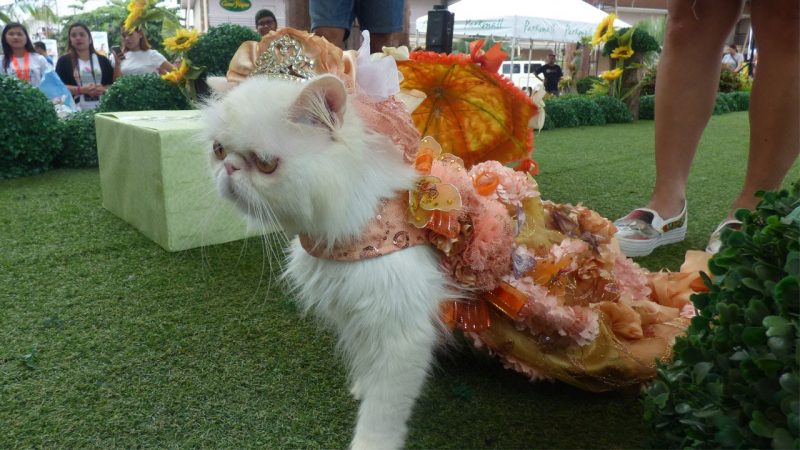 Watch as these pampered pooches hit the runway at an animal festival.

The unusual fashion show, held at Parkmall, Cebu, is part of a wider celebration in The Philippines known as the Pet Festival.

The festival was originally created at the pet friendly mall to celebrate the special bond between pets and their owners but has recently taken on a show stopping twist.

Dogs can be seen arriving on extravagant floats and are donned with feathers, diamantes and bizarre doggy accessories.

All videos aired on this channel have been licensed from their rightful owners.