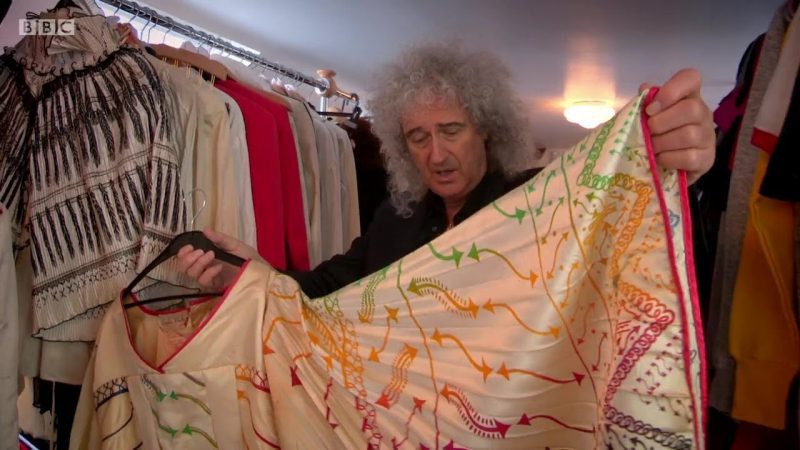 This clip is taken from a documentary shown on BBC Four in the UK on September 24th.
It features some archive live performances and recent footage of Brian May revealing his wardrobe in the attic.