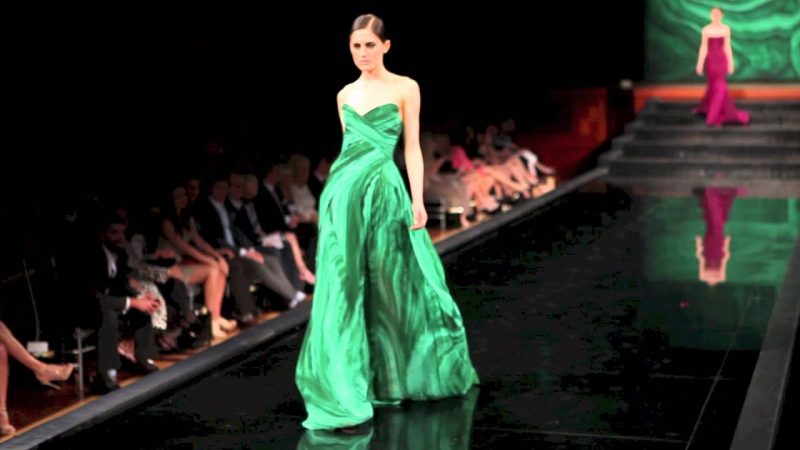 A beautiful showing of Monique Lhuillier presented by the Nashville Symphony. She shows her Fall 2013 collection to a packed audience at the Schermerhorn Symphony Center in Nashville, TN. The Nashville Symphony puts on an amazing show every year for spring and this show was no different. Elegant gowns, sleeves, a beautiful palette of colors, beads, sparkles, and embroidery. A night to be remembered.