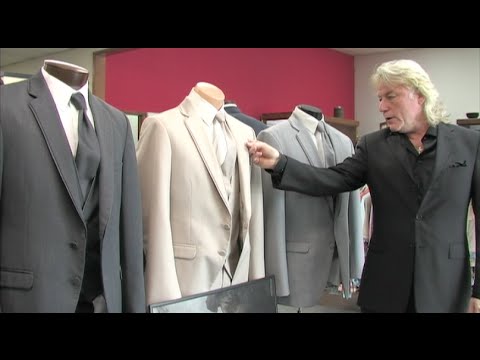 The differences between a cheap suit and an expensive suit can be sometimes very hard to spot while at other times be quite obvious but, for those of us who are not fashion experts it’s always useful to have a little extra knowledge and advice when we go out to purchase our next men’s suit.

That’s why we headed out to Rossini Menswear & Formal Wear in Modesto, California to speak with a real men’s fashion expert about how to tell the difference so you know exactly what your buying the next time you head to the store to make that big purchase.

Rossini’s Menswear has been in Modesto, California for decades and employees some of the areas most experiences people in the industry to help you with any purchase and alteration need you may have. They also rent the best tuxedos in the area.

To find out more about Rossini Menswear and Formal Wear you can give them a call at 209-529-6860, stop by in person at 3224 McHenry Ave. in Modesto, California or go to their website at http://www.RossinisMenswear.com .