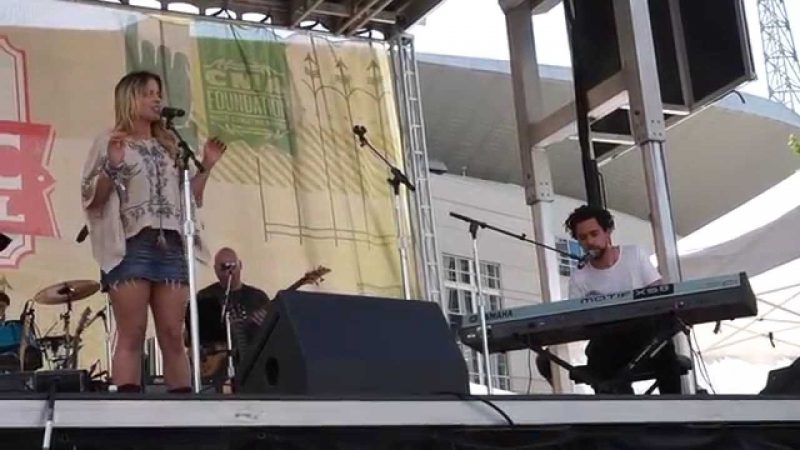 The Shires perform ‘Brave’ on the GlobaLive! stage during CMA Festival 2015 in Nashville, TN. Three days previous they had played their Grand Ole Opry debut. The song is the title track off their debut album.

‘Nashville Over Here’ is a non-commercial online site that actively promotes Country Music, Americana, Bluegrass & Honky Tonk in the United Kingdom. We publish media solely to support the artist, venue and record company in their pursuit of artistic and commercial success. We acknowledge copyright and will respond to all copyright infringement reports logged here: http://nashvilleoverhere.com/copyright/ ‎