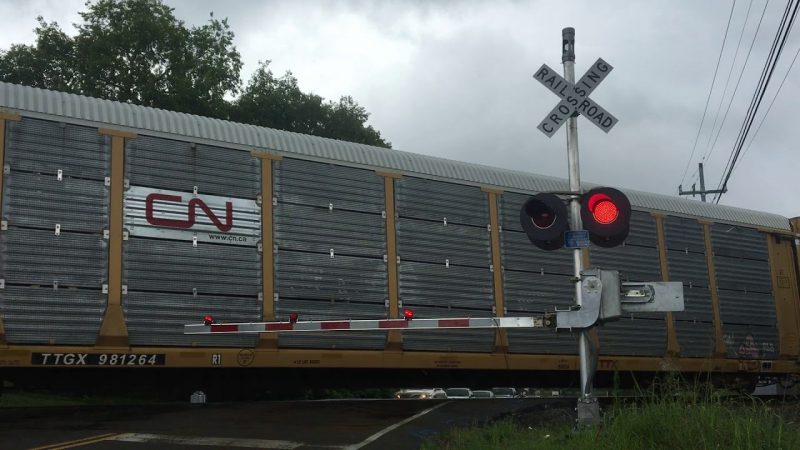 This was the second train and crossing I got on June 24, 2019, along with the final train and crossing that day as well. When I first got Reeves Road in action, I decided to stay for another train and crossing, since I wanted to choose Antioch Pike. While not really interesting, it does have 2 Low-pitched General Signals Type 1s as a bonus. Although while I was waiting, rain started to pour down, getting me soaking wet a few times before a train could actially appear. But thankfully, I waited long enough and a south-eastbound autorack train came through here!