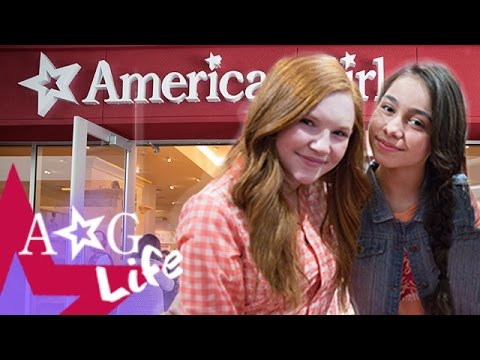 It’s super important to visit the American Girl Store when you’re in a new city! In this episode of #TeamAGLife, Brynn and Elana go to the American Girl Place in Nashville, Tennessee (where Tenney Grant is from)!

About Tenney Grant:
Tenney is a singer/songwriter from Nashville, Tennesse, and she’s determined to sing songs straight from her heart. She’s going to make it big as a musician—and do it by just being herself.

About AG Life:
AG Life is a show about being a girl and being awesome! Have fun, share creativity, and make a difference with #TeamAGLife.

About American Girl:
More than ever, it’s time to focus on how our girls are growing up. At American Girl, we believe in character. It defines who she’ll become: honest, confident, determined, and just…happy. For over 35 years, we’ve been a trusted guide on this journey—giving girls the inner strength to make a difference. Because being an American girl is learning who you are—and loving every part of it.