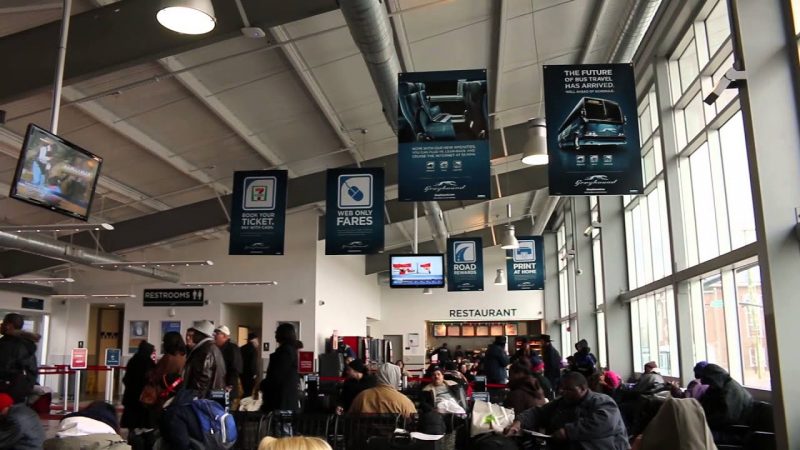 A new film series about modern bus travel in America has premiered today by Trailways on YouTube. Called the “Bus Ride-Along Film Series,” it’s about a four-day bus journey from New York to Tennessee by two young film makers.

According to Trailways’ chairmanChairman, Tony Fiorini (Silver State Trailways of CA/NV), “The purpose of the film series is to create a travelogue of modern bus travel from the viewpoint of young, tech-savvy travelers. We have seen a tremendous growth in the bus travel industry over the past few years, and we want to capture a slice of the experience on film to share with our customers.”

The Trailways Ride-Along Itinerary:
The Ride Along project covered much of the East coast, starting in New Paltz, NY and ending in Nashville, Tenn. – January 5 to 9, 2014.

Day 1 — Adirondack Trailways & New York
The itinerary began on Sunday evening, January 5th in New York State on Adirondack Trailways at the New Paltz station, about an 90 minutes north of New York City and near Catania’s home. After traveling to Port Authority and Times Square, they stayed with friends overnight in Brooklyn.

Day 2 — Martz Trailways & Pennsylvania
On Monday, January 6th, they got an early start making their way back to Port Authority. From there, they traveled to Wilkes-Barre, PA via Martz Trailways to spend the afternoon with Martz staff and tour their facility. In the afternoon, they departed for Philly and met up with a friend for dinner. That evening, they departed for Washington, DC and arrived in Union Station around midnight.

Trailways Corporate Headquarters — Fairfax, Virginia & Washington, DC
On Tuesday, January 7th, the two took a short break from their bus travels to tour the Trailways Headquarters in Fairfax, VA. They enjoyed learning about the history of the industry, and staying nearby with Catania’s relatives.

Day 3 — Washington, DC to Richmond, VA and an overnight ride
Wednesday morning, January 8th, they had a windshield tour of Washington, DC, filming memorials and the US Capitol. They toured the Greyhound bus station at Union Station and departed for Richmond, VA in the late afternoon. Upon their arrival, they toured the Richmond terminal, enjoyed a meal, and departed on the final leg of their trip; an overnight to Nashville.

Day 4 — Wake up in Knoxville, TN to Nashville, TN
On Thursday January 9th, their day started bright and early inwith a wake-up call in Knoxville, TN, where they had to un-board for a quick bus cleaning and service. A few interviews and a coffee later, they were off to Nashville. After seeing a beautiful sunrise over the Smokey Mountains, they arrived in Nashville, received a tour of the terminal and made their way to the magnificent Union Station Hotel, a converted railroad station, is that is a member of Historic Hotels of America (HHA) and a lodging partner in the project.

Finale & Welcome
The film crew received a warm welcome in Nashville at a Trailways Rally reception with nearly 20 Trailways bus company owners and staff who were also attending the ABA American Bus Association (ABA) conference. The video concludes with their arrival at ABA convention and events in Music City.

Book your next trip with Trailways:
www.trailways.com – Charter, Schedule, Tour