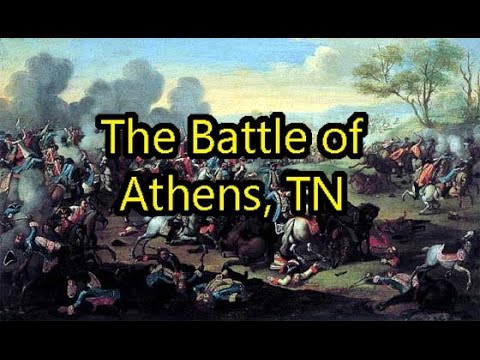 An exciting bit of history that happened right here in Southeast Tennessee.

Links:
a well made short movie of the events: https://www.youtube.com/watch?v=U5ut6yPrObw

More info on The Battle of Athens, Tennessee