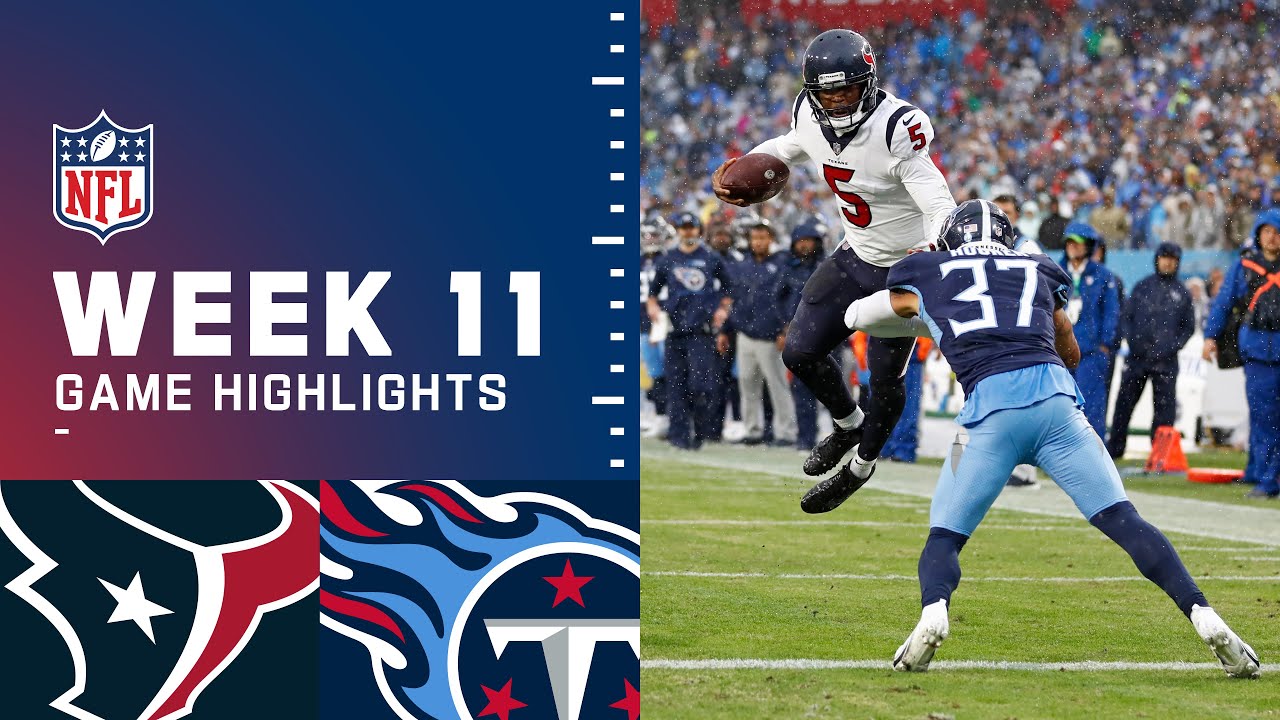 The Houston Texans take on the Tennessee Titans during Week 11 of the 2021 NFL season.