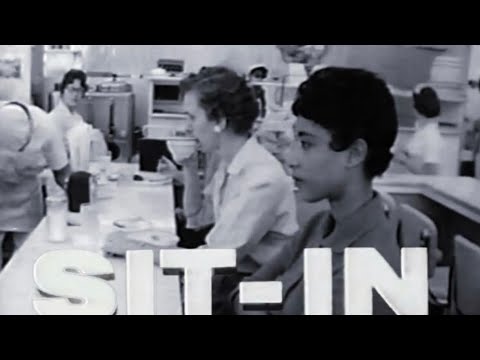 SIT-IN (1960) is filmmaker Robert M. Young’ (Nothing But A aman, The Ballad of Gregorio Cortez) seminal documentary on how the Student Nonviolent Coordinating Committee and Students of Fisk University desegregated the lunch counters in Nashville, TN.

Produced as part of NBC’s White Paper series, the hour long show is a masterpiece of film journalism. Interviewing Nashville citizens on both sides of the struggle, it captures the true spirit of the Civil Rights Movement and marks the very first TV appearance of (SNCC leader and future politician) JOHN LEWIS.

ONE OF THE BEST MOST BALANCED FILMS ON THE CIVIL RIGHTS MOVEMENT. MOST FILMS LEAVE OUT THE ROLE MUSIC AND HUMOR PLAYED IN TERMS OF BRINGING YOUNG PEOPLE TOGETHER AT THE TIME. ROBERT M YOUNG WENT ON TO PRODUCE AND SHOOT NOTHING BUT A MAN (1964), ONE OF MY FAVORITE FILMS OF ALL TIME.

Shared for historical purposes. I do not own the rights.

#####
Reelblack’s mission is to educate, elevate, entertain, enlighten, and empower through Black film. If there is content shared on this platform that you feel infringes on your intellectual property, please email me at [email protected] and [email protected] with details and it will be promptly removed.