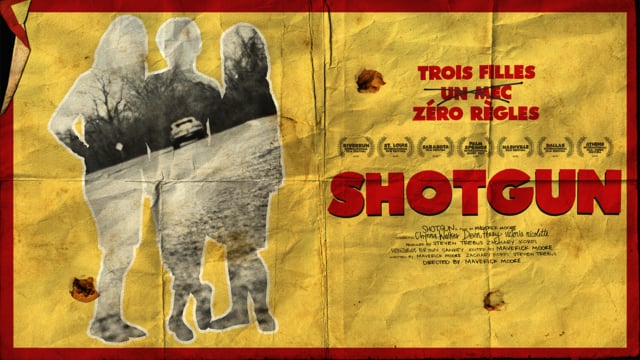 An art-house road comedy that is “very funny” and “perfectly cast” (Coachella Magazine), SHOTGUN follows three rebellious girls as they burn rubber and leave no survivors on an inexplicably wild and wicked ride that mixes French New Wave pastiche with pulpy, postmodern stylization.

STATEMENT:
With Shotgun, I wanted to make a film that broke every rule. Inspired by the playful approach to story and structure of many French New Wave films, I wanted to make a film in a style reminiscent of that – a film that was coolly simple, mischievously self-aware, and delightfully fun. Shotgun is a black-and-white love letter to cinema and a metaphorical gun blast to convention.