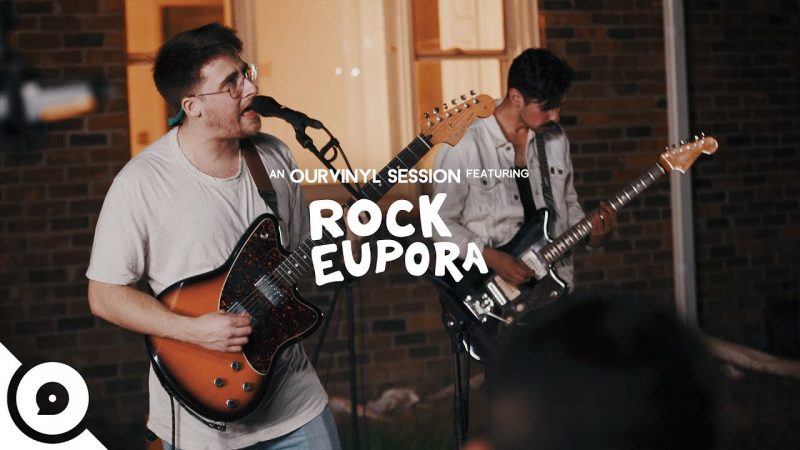 Check out Rock Eupora from Nashville ,TN performing their song In The Morning from their self titled album from 2018. This live performance was filmed outside Hank Williams III abandoned house in Nashville. Subscribe for the latest OurVinyl performances at http://bit.ly/1FkkrKs

About Rock Eupora:
Clayton Waller, the Nashville music artist known as Rock Eupora, creates a unique blend of gritty rock and shimmering pop. A Mississippi native, Waller has developed his fuzz pop sound over the course of three full-length albums – which he wrote, performed, and produced all himself.

Released in August 2018, the third album Rock Eupora created is simultaneously Waller’s most cohesive and sonically daring project to date. The self-titled album was recorded in a professional studio as opposed to his typical DIY approach, allowing the intricate details of each track to be fully appreciated. Seamless transitions weave the songs together in what resembles a stream of creative consciousness – yet every song tells a story strong enough to stand on it’s own.

It is evident that Waller really believes every word he is singing, making it easy for listeners to believe too. This sincerity is what gives Rock Eupora the ability to connect with people of varying ages and backgrounds, a gift that doesn’t come naturally to all artists.

The infectious energy of Rock Eupora is fully realized in a live setting. the band maintains a steady touring schedule, bringing their action packed show all over the United States.

About OurVinyl:
OurVinyl films creative live performances with both emerging and established musicians. Artists they’ve worked with include Tyler Childers, St. Paul and The Broken Bones, Ed Sheeran, Trevor Hall, Allen Stone, Dispatch, and Donavon Frankenreiter. They always do their best to push the production envelope by filming artists in unique settings that complement the music while capturing studio quality audio regardless of the setting.

It’s all live, all one take, no punching in, no autotune, no cheating. Just high energy and true authenticity.

For more information, you can visit https://www.ourvinyl.tv/

Lyrics:
in the morning i’ve got a broken compass
i’m a zombie feeding on all things lifeless
in the morning, im like a walkin coffin
all the things i hold on to end up dyin

in the morning I am dirty and bruised in the gutter, nothing left to prove
rain is washing away residue
i’m immersed in an ocean anew

in the morning I am dirty and bruised in the gutter, nothing left to prove
rain is washing away residue
i’m immersed in an ocean anew

More info on Rock Eupora – In The Morning | OurVinyl Sessions