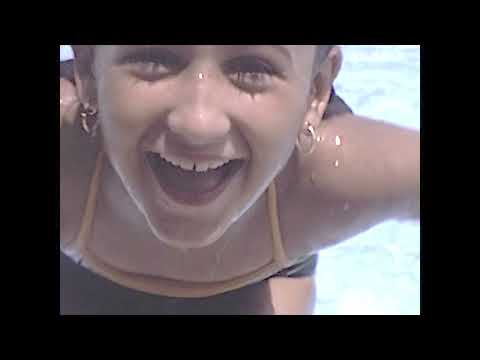 A short film of our Classic Home Movies from 1967-1979 in St. Louis Missouri, Chicago, Florida Land, Clearwater Florida and Nashville, TN @ home, on vacation, @ Chain of Rocks Park as a kid, family BBQ’s. Such unforgettable Memories. Looking back, most everyone is gone now. This is how I imagine Heaven, there’s a big timeless family get together for Summer or Holidays and family was always there.

Time 20:00.
Michael, Dad and Dog Henry Spring 1969 St. Louis, Michael and Henry on Lebon Dr. (Our old house @ 809 is now gone thanks to the Great Mississippi River Flood of 1993. We were not there to sandbag and save our neighborhood as we did in 1974, where our home sat is now a park in Bellefountaine Neighbors in North St. Louis). Our house had ghosts, 2 elderly people died in it before we bought it. And Wonderful Summer clip from Grandma Julies on Woodson Ave. House is still there! When I was born we lived in the top floor apartment for 2 years. I almost died in that driveway. Dad BBQing, Grandma Julie and her red wig, young Uncle Phil, dogs Henry and Satan.

My first car in Nashville my 1964 Chevelle SS (Stolen from McGavock High School in the 11th grade). Our old street in Priest Lake in 1978 one typical day after high school in front of our house on Lake Terrace in Castlegate. A young Mom @ age 36. Friends and Neighbors Greg Martin, Chris Grimm, Tina Mellenger, kid sister Bobbie, Amy Cross.

Summer 1969 Grandpa Boots and Grandma Julie’s backyard BBQ, Horseshoes, Badmitten, Jack Buck and the Baseball Cardinals blasting on the Radio on Aidie Road in St. Louis in Tornado Alley. This was every Sunday when I was a kid, fun outside and a drum kit in Grandma’s Basement. All the Family is here on Dad’s side, Grandma Julie Paul’s Family was 4 brothers, all veterans and local volunteer fire fighters post WWII in St. Ann. Uncle Gene, Aunt Jenny, Uncle Bud, Auntie Duck, Uncle Johnny, Aunt Cathy, Baby Cousin Kendra, and drummer Uncle Phil and Grandpa’s German Shepard Satan.

1969 Mom, Dad and I drove up to Chicago to surprise Auntie Duck and Uncle Bud after they moved into their new house after moving out of St. Louis. Chicago was first time I ever saw an airplane going across an overpass. This is classic family stuff, everyone hamming it up for the camera. Dad was a stud with motor oil hair and Mom was so beautiful. I woke them up one night when I our neighbors house was on fire, Dad actually ran in the bathroom and ran a comb through his hair like the Fonz before he ran outside. Mom yelled “Bob, what the hell are you doing!?”

My last day of school @ Chain of Rocks Park in St. Louis. The park is gone now, vandalized in the late 70’s the merry go round was burned down after the area became inner city, crime ridden and eventually flooded. They had great rides! It was a fun fair ride style cotton candy bumper cars and family park to spend a day or evening, they had a rock n roll band stage at night. As a kid, I always had a shirt with a number on it. I loved sports and Mom loved them because could find me in a crowded mall.

Vintage St. Louis @ Dad’s friends house he grew up with. Bob Cuban’s Band rehearsed in the basement. (“The Cheater!”) That was a fun house to play as a kid. Everything to get into upstairs, downstairs outside and around the neighborhood until dark. Beautiful 1960’s Mom in her yellow top during the 1967 Summer of Love.

Florida Land Gardens Park 1967 Clearwater. We drove down from St. Louis in an orange 1965 Volkswagen. Mom popping the clutch until I puked my brains out getting car sickness post head concussion accident. Park had a great live wild west show, one of the gun fighter actors grabbed mom as a hostage, I got pissed off and tried to go after him. I kicked him in the leg. Grandpa had to hold me back. In the end he made peace and let me draw on him. 5 years old, notice how I try to turn the safety off. I finally figured out they were acting. Grandpa Rudy bought me a black gun so I’d shut up the rest of the trip. Great video of Aunt Barb (Moms Sister) trying to drag me in the pool, I was pissed off cuz I wanted to go play golf with Dad and Grandpa. I had an attitude and the water was cold. I am the first born Grandchild on both sides of our family of dozens of cousins, I was always favored and felt the family pressure whether it be talent, comedy or common sense. There were no slackers in our family on or off the ice rink. Some great film of Grandpa Rudy, Grandma Helen and our family. Florida was always the ultimate escape when I was young. It was nothing like growing up in St. Louis.

Final vid is my little sister Bobbie at the old YMCA pool in Donelson, on Stewarts Ferry Pike in Nashville 1978. The swimming pool is no longer there, it’s now a beautiful tan brick stained glass window church up on a hill.

Remember the good times! Angels Walk With You ~