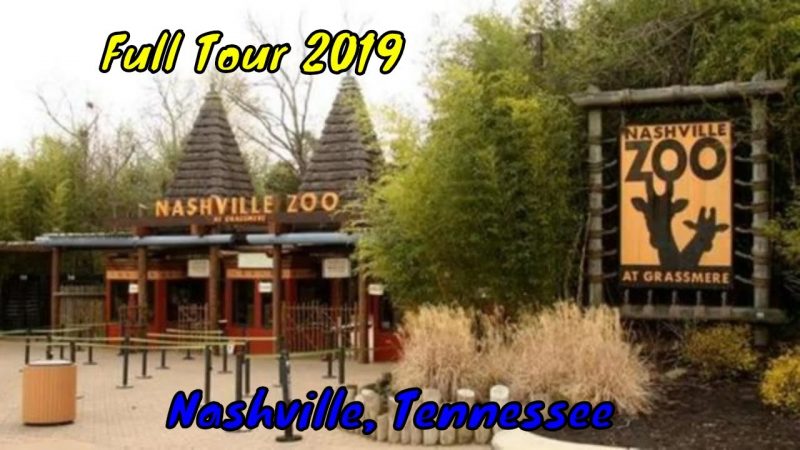 The Nashville Zoo at Grassmere is a zoological garden and historic plantation farmhouse located 6 miles (9.7 km) southeast of Downtown Nashville. As of 2014, the zoo was middle Tennessee’s top paid attraction and contained 6,230 individual animals, encompassing 339 species. The zoo’s site is approximately 188 acres (76 ha) in size. It is an accredited member of the Association of Zoos and Aquariums.

Since opening its doors in 1991, Nashville Zoo has grown from a small, private operation located 30 minutes northwest of Nashville to an AZA-accredited facility that welcomes more than one million visitors each year, while being involved with international conservation and research efforts to save threatened species.

The Zoo moved to its current 188-acre location in 1997 and has developed just under half of its land, which was generously donated to the city by the Croft family under a condition that it had to be used as a ‘nature study area’. City leaders struck a 40-year lease with Nashville Zoo in which the land would be city-owned but operated by the Zoo’s private non-profit organization.

AMPHIBIANS
Amphibians are cold-blooded, smooth-skinned animals from the Chordate Phylum. This class of animals includes frogs, toads, salamanders, and newts. Some live on land and some in the water, but most species return to the water to mate and lay eggs. You can see many amphibians in the Unseen New World at Nashville Zoo.

BIRDS
Birds are any of various warm-blooded, egg-laying, feathered vertebrates of the class Aves, having forelimbs modified to form wings. Nashville Zoo has many different species of birds in the Aviary, Critter Encounters, Bamboo Trail, Lorikeet Landing, and other places throughout the Zoo.

MAMMALS
Mammals are one class of animals that have backbones, are warm-blooded, breathe air and whose females have milk-secreting glands for their young. In the class Mammalia, there are over 5,000 species of mammals, ranging from the 2-inch shrew to the 120-foot whale. Below are the mammal species that call Nashville Zoo home.

REPTILES
Reptiles are vertebrates that regulate body temperature externally, have dry, glandless skin covered with scales, breathe through lungs and lay large eggs that develop on land. Reptiles include turtles, snakes, and lizards. Most of our reptiles live in the Unseen New World exhibit, but we also have reptiles in Alligator Cove and Critter Encounters!

* When I visited the Nashville Zoo it was during Winter some of the animals were not on exhibit. So if animals were listed but not seen in this video, they were off exhibit due to the cold temperatures.