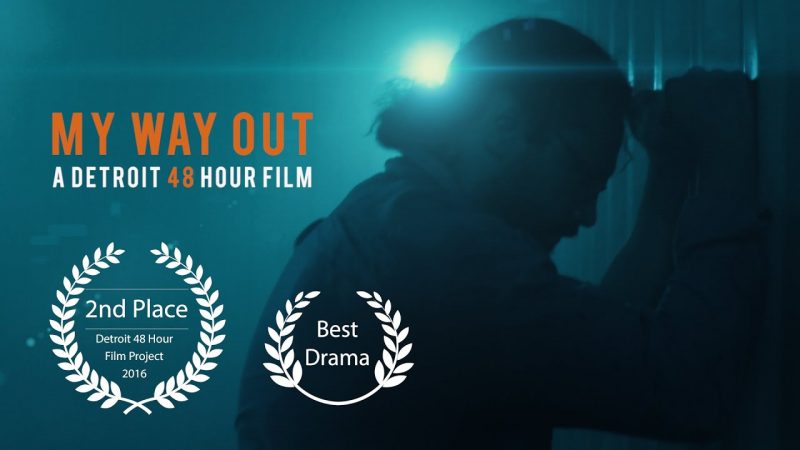 Here is the short film “My Way Out” that I helped make back in July for the Detroit 48 Hour Film Project. I hope ya dig!

We won Best Drama and Second Place out of 40+ local films!