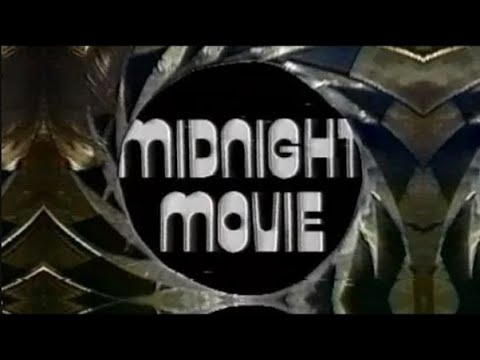 From WSM Channel 4 in Nashville, TN (now WSMV), here’s a Midnight Movie presentation of the Sherlock Holmes mystery “The Scarlet Claw” [1944], followed by sign-off news and the sign-off itself. (Though not on here, a few who’d worked at the station in the years up to this would find fame in Chicago – notably, one Carol Marin).

Midnight Movie opening (with voiceover preview by Joe Cook) – what do you call that effect of the closing shutter? Didn’t they use that in James Bond openings too? In any case it’s kind of creepy and cool. 🙂

Hoover portable washer and dryer (with Jane Curtin of Saturday Night Live fame – safe to assume this was produced prior to the show’s premiere in 1975?) (ending voiceover by Joe Cook) (posted separately here: https://youtu.be/98M8sY_7uRk)

Promo for The Scene at 10 report “Where’s My Car?” by Lonnie Lardner on auto thefts in Nashville

Promo for The Nashville Gospel Show (voiceover by Teresa Hannah)

PSA for Dairy Council (importance of nutrition for budding gymnasts)

The Word from Unity – “Endeavor” (with Jim Nabors)

SM95 (the radio station where Theresa Dudley’s and Dortch Oldham’s songs are coming up – but not D.C. Knox’)

6th and final film segment, followed by preview of next week’s movie, “The Woman in Green” [1945] (with voiceover by Joe Cook)

PSA about reckless driving in Nashville (voiceover by Jack Webb) – “We’ve Got to Get Them Off the Road” (posted separately here: https://youtu.be/ig8DAugoU6I)

Late News Headlines (starting at 1:27am – read by Joe Cook):

Station sign-off with pictures of sights of Nashville (and plug for WSM Radio 65 and SM95 FM), followed by 1960’s U.S. Navy SSB film and then a few seconds of EIA RS-189A color bars (with ~960 Hz tone) before carrier is cut and Gaussian white noise takes over

The MCCTv (FuzzyMemoriesTV) is a 501(c)(3) non-profit whose primary mission is the preservation and display of off-air, early home videotape recordings (70s to early 80s, mostly) recorded off of TV (in Chicago or other cities now too); things which would likely be lost if not sought out and preserved digitally. If you have any old 1970s videotapes recorded off of TV please email: [email protected] Even though (mostly) short clips are displayed here, we preserve the entire broadcasts in our archives – the complete programs with breaks (or however much is present on the tape), for historical preservation. For information on how to help in our mission, to donate or lend tapes to be converted to DVD, please e-mail [email protected] Thank you for your help!