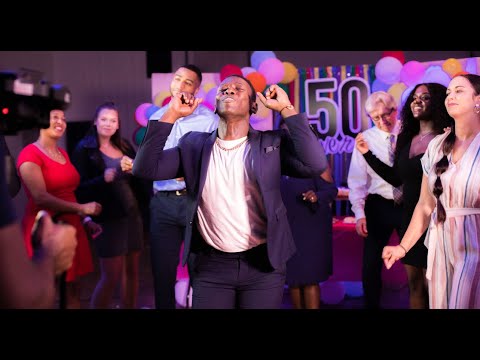 Feed URL: https://www.bing.com/news/search?q=Love+You+Right+🕺🏾💃🏽🔥🎉+/+Soul+Train+Dance+Line+#Short+#LoveYouRight&format=rss not valid and removed from fetch.

About Brian Nhira:
From his show choir performances in high school to his time as a member of the College Singers at Oral Roberts University, Brian Nhira’s life has and continues to be defined by his love for music. Nhira garnered international attention when he captivated audiences with his riveting blind audition on NBC’s Emmy Award winning show ‘The Voice,’ and successfully navigated his way to the live rounds of the hit talent competition. Nhira’s recent music has charted on the Global Top 100 Pop Songs and his videos have racked up over 100 million collective views. Nhira was recently awarded the ‘Zimbabwe Achievers Award for Excellence in Music’, he was nominated as one of the ‘Best Performing Acts’ by the AFRIMA awards, as well as nominations for the ‘Best International Artist’ and ‘Best Rnb/Soul Artist’ by the Zimbabwe Music Awards, and a ‘Best Artist in the Diaspora’ nomination by the ZimStar Awards; and he was also named one of the ‘Tulsans of the Year’ by the Tulsa World news organization. Nhira was recently selected as the inaugural ‘Rising Servant Leader Alumnus of the Year’ by his alma mater Oral Roberts University. While maintaining a busy performance schedule, Nhira conducts outreaches for students around the world, including a backpack project that has donated thousands of backpacks to students in underserved communities.

Verse:
I could have all the money
In the world
Be heard by millions
Sell millions more
Imagined how good that’d feel
It’d feel so good

Pre Chorus:
I wouldnt trade our love
Wouldn’t trade it for anything

Post Chorus :
If i’m not loving you
Right, right, right

Verse:
Our love has been tested
We’ve been through storms
Our hearts have been tempted
To walk out the door

Pre Chorus:
I wouldnt trade our love
Wouldn’t trade it for anything

Chorus:
I can be a good man
In everybody eyes
But if I’m not loving you right
It doesn’t mean a thing

Post Chorus :
If i’m not loving you
Right, right, right