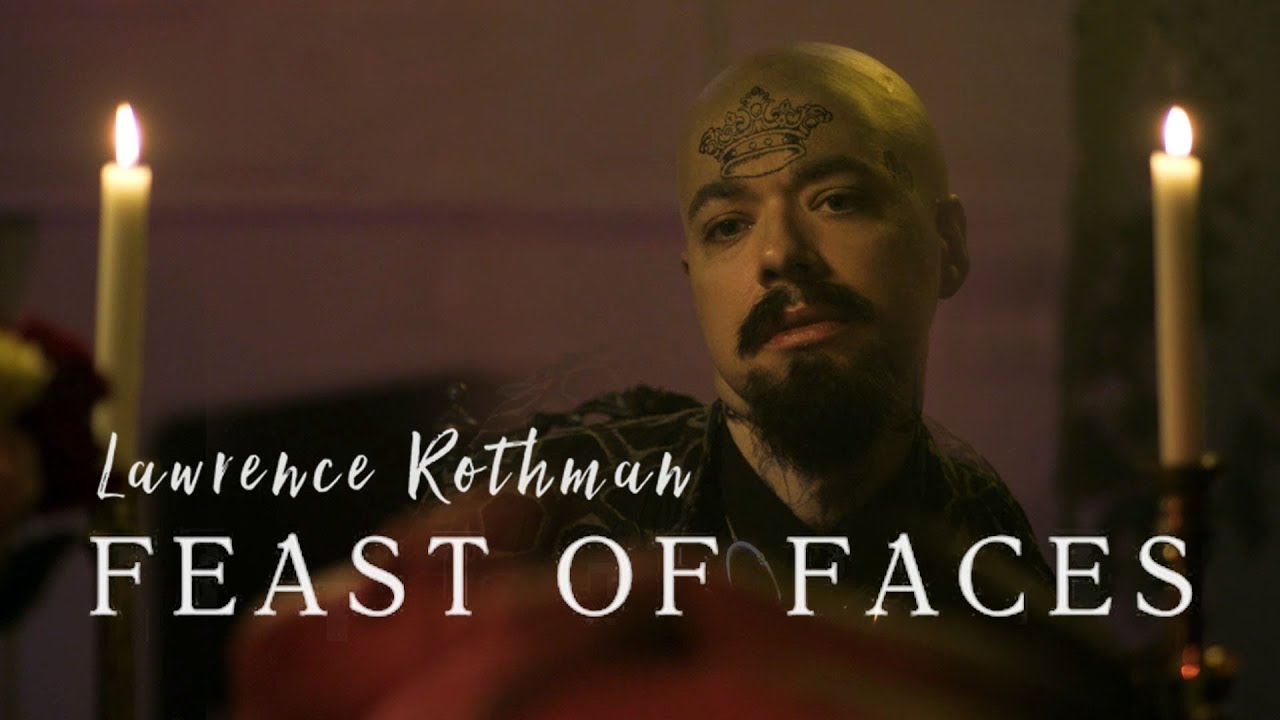 When Lawrence Rothman released The Book of Law, their debut album, they released videos to accompany each track. The project was a way for Rothman to express themself, and their nine alter egos.

Now the Laurel Canyon artist is back with a new film to even further explore that idea. Feast of Faces features many different iterations of Rothman, some bald, some with ornate jewelry and perfectly applied hot pink lipstick. Rothman, who is non binary, “wanted to explore the idea of the many voices that inhabit one’s mind throughout the day.”

“Some of my friends say their inner “demons” have very distinct voices- some say they speak in their own voice,” said Rothman, about the different voices their multiple characters take on in the film. “Mine take on a sort of Southern Missouri accent, one that many of my friends had growing up and that I had until I moved to Chicago at 17.”

“We all have those little good and bad voices that run through our minds that help us make decisions,” explained Rothman. “The inner critic that critique’s our art or job performance, tells us if we look good or ugly, injects self-doubt, or rarely sometimes confidence… and so on.”

The film, which is exclusively premiering at The FADER, has an element of universality. The viewer is seeing Rothman, and their inner voices, but the conversations had at the table in Feast of Faces could be familiar to many.

“When you’re all alone at home, do you really like what you see,” asks one iteration of Rothman to the others. And for Rothman, that’s the idea. They wanted the viewer to feel at ease with their inner voices.

“This is a natural part of existence, you’re not weird or going insane,” they explained. “Everyone has their many different inner selves and sides of themselves that maybe come out in real life around different people or situations. Whatever the case is, in the modern world of constant judgment via social media it’s easy for anyone whatever age to develop an extreme self-consciousness and low self-esteem via the many voices that inhabit the outside world. These can translate into voices that then inhabit your inside thoughts and constantly torment you’re every decision. ”

The film wasn’t only for others to feel at ease with their inner selves. Rothman found the experience to be cathartic for them as well, an opportunity to give their inner voices the space to conversate without suffocating Rothman.

“I have taken the nonsense chatter of all my inner voices and had them come alive on camera,” they explained. “I have them all debating the nonsensical vomit chatter with each other for once instead of debating with the real me. As Carl Jung said which is so fucking true, ‘The Pendulum of the mind alternates between sense and nonsense, not between right and wrong.’ The body on the table was inspired by The Cook The Wife The Thief and her Lover is a metaphor for the real-life vessel that these sub subconscious voices inhabit.”